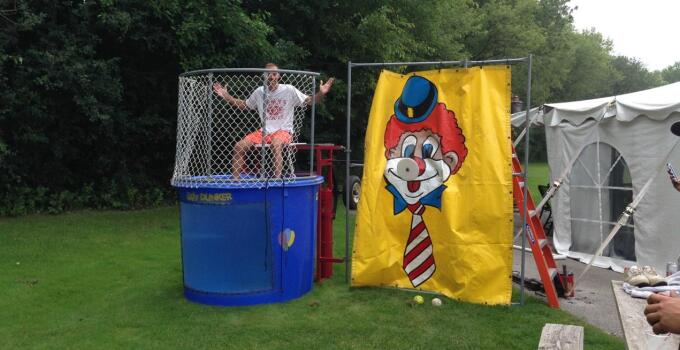 From CEO Peter Hill on through the organization, Billy Casper Golf employees will go the extra mile to raise money for the World's Largest Golf Outing. Some will go to great depths, too -- specifically, a four feet deep.

Chicago regional director Jered Wieland spent some time on Tuesday sitting precariously perched above a pool of water in a dunk tank on Chicago Fun Day. Interested parties could donate $20 to support the 2014 World's Largest Golf Outing and Wounded Warrior Project in exchange for three chances to dunk Wieland.

And dunk him they did, as these before and after pictures show.