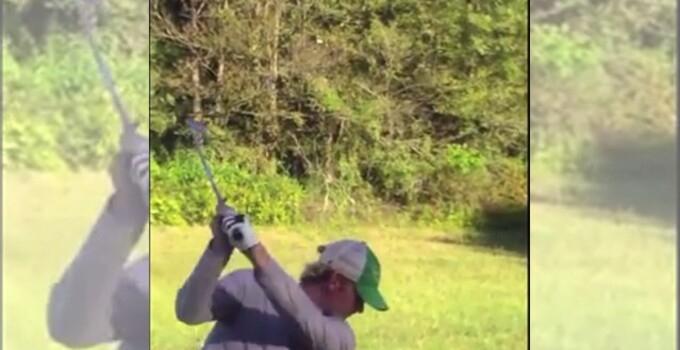 Hopefully this comes as no surprise, but pro golfers are really good at most anything where they can have a golf club in their hands.

Brandt Snedeker was recently relaxing a little after another long PGA Tour season and took to the woods to do a little skeet shooting. Fellow Vanderbilt alum Ned Michaels took out the mobile phone camera while Snedeker tried to hit clay pigeons with a 4-iron. Sure enough, Snedeker did it and Michaels caught it on film (though we have no idea how many takes it took).

Snedeker goes nuts after he pulls off the shot, which tells you just how tough this was.