VIDEO: Watch what it takes to be a long-drive champion 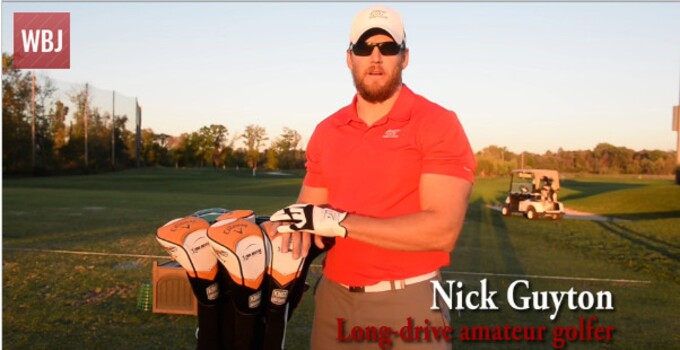 It's Long Drive Month on Golf Channel, with the network showcasing qualifying for this year's RE/MAX World Long Drive Championship in Mesquite, Nev., ahead of the finals to be aired live from Las Vegas in November.

Nick Guyton is one of the thousands of hopefuls who took his shot at the world title and the $250,000 first-place prize. While Guyton, who plays and practices and BCG-managed 1757 Golf Club, came up short of the ultimate goal, he advanced to Mesquite and went deep into the competition.

Washington Business Journal interviewed Guyton about long-drive and his transition from a traditional player into a ball-bombing beast. Guyton, who is a government contractor by day, focused on developing core muscle strength and adapting his swing to one that's geared for long-drive (among other things, the bottom of the swing arc is much sooner).

After getting so far in his first try, Guyton's back on the range at 1757 and eager for next year, saying, "From here, I’m deﬁnitely hungry now that I’ve seen what ... is out there in the world championship and where you need to be, level wise, as far as hitting. So I’m just going to take a good look at how I want to train over the next few months here and get ready for the spring long-drive events that will be going on in the sport."