FootGolf: A sport for people of all ages 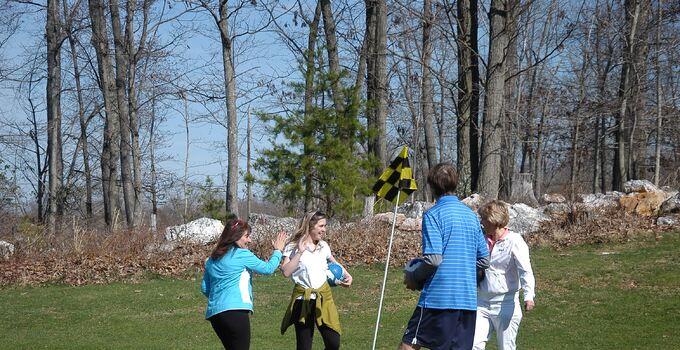 Every golfer has heard it: Golf is a game you can play for a lifetime. At first blush, it might seem like FootGolf, however, is a game for the young. That's just not the case, as this story from Joey Adams, general manager at Lake Ridge G.C.

On Monday, July 21st I had a grandmother and her eight-year-old granddaughter come out to play [the on-property] mini-golf. Upon returning to the clubhouse to return their mini-golf clubs, the granddaughter pointed at our FootGolf poster and said, "See look grandma, FootGolf." And the grandmother told her that they weren't going to be playing that today.

As she handed me the clubs I asked her if she knew much about FootGolf and she said, "No, but [her granddaughter] has been talking about it after a girl from her soccer team had played and told her how much fun she had." So I asked her if she'd like for me to explain it to her. She said, "Well, I am kinda curious as to what it's all about." So I grabbed a soccer ball and took them out to the first tee.

As we were walking down, the granddaughter grabbed the ball, placed it next to the tee markers and kicked off. She played the first hole and came back and teed off again. The grandmother and I talked about the history of the sport and the recent media coverage, among other things. Then the girl came back and said, "So can we play?" and the grandmother obliged.

When they returned to the golf shop, I asked the grandmother how everything went. "I'm tired," she said laughing, "I walk a lot but it's usually on flat ground." Then she said this...

"You know, I'm 70 years old and I have never been on a golf course before. It's absolutely beautiful out there."

I replied, "It certainly is. It can definitely be a lot of walking, but did you have fun?" And she said, "Oh yes. She really loved it. I'll have to tell my son about it, he's a soccer coach for three different teams and I think it'd be great to bring the girls out here. What a wonderful idea."

Growing up on golf courses, older people I played with always told me they wished then they had taken up the game as soon in their lives as I did. It's never too late to get your first taste of golf...or FootGolf!