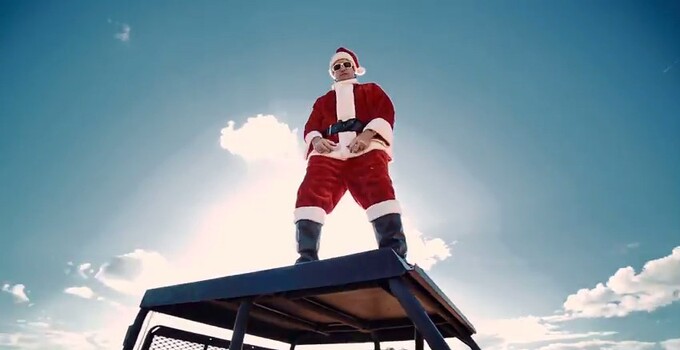 Bubba Watson made a Christmas-themed rap video for a song he calls "Bubbaclaus," and it dropped on Tuesday. The song isn't all that great, really stretching the bounds of what would be considered rhyming. However, Watson did bring back his hovercraft golf cart -- or, Hovercart -- and employed an unknown guy to prance around in a Gumby costume, who also dunked while wearing a Kevin Durant jersey. (Watson and Durant met up this year at an Oklahoma City Thunder game.)

The video is a reflection of the contradiction that is Watson. Off the course, Watson's never been shy on social media, doing publicity stunts like this to curry the favor of fans. Inside the ropes, however, Watson couldn't seem less interested in appealing to fans. Watson who refused to participate in the revived long-drive contest in the 2014 PGA Championship, saying he didn't believe such folly had a place at a major championship.

"I'm here to win a championship," Watson said. "I'm not here to goof around."