What's in the bag: Bubba Watson 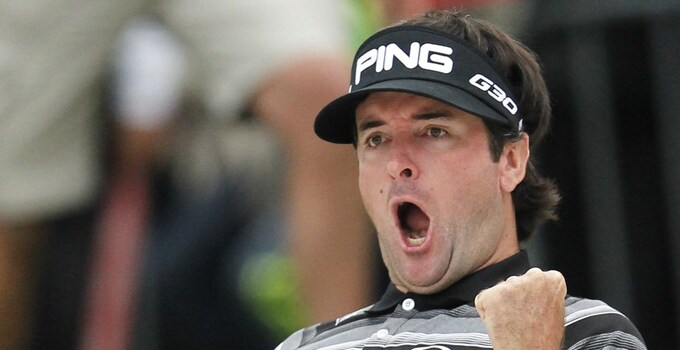 We can forgive you for missing it while you were sleeping, but Bubba Watson pulled off one of the more thrilling, dramatic victories of 2014 in Shanghai, China, at the WGC-HSBC Champions. Watson holed out a 30-yard bunker shot to make a playoff-forcing eagle, then made a 20-foot birdie on the first playoff hole to beat Tim Clark and win his first World Golf Championships event.

The win was also remarkable because it was the first time any player had won using a prototype version of the new Titleist Pro V1.

Watson has been a long-time PING Golf staffer, and his bag is filled with Bubba-tuned equipment, including his famous pink driver. Here's a look at the clubs Watson used to win at Sheshan International, courtesy of Golf Digest: