VIDEO: Could you swing a 20-foot, 6-inch golf club like this guy? 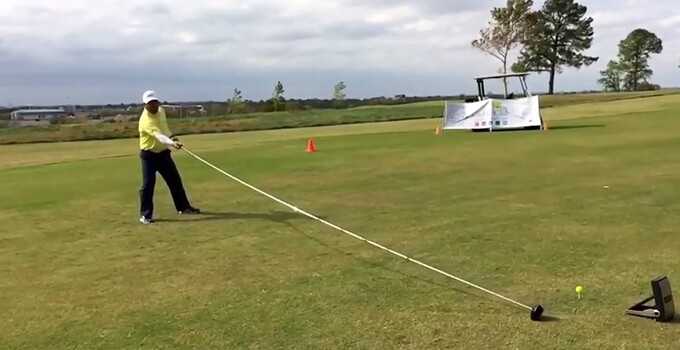 That's what Dallas-area golfer Michael Farrh did on Monday in Arlington, Texas, setting a new Guinness world record for the world's longest usable golf club. The club Furrh used was 20 feet, 6 inches long, and the ball he struck with it on his first attempt went 63 yards. (For the world record to count, the club actually has to be used to hit a golf ball forward.)

Furrh held the record in 2012, setting the mark at the time with a club measuring 14 feet, 2.5 inches in length. That record has since been topped twice by different men in the space of a few months. How long Furrh will have the record this time is anyone's guess, but it probably won't be very long.