TaylorMade Golf resurrects the R-line with its R15 driver, woods 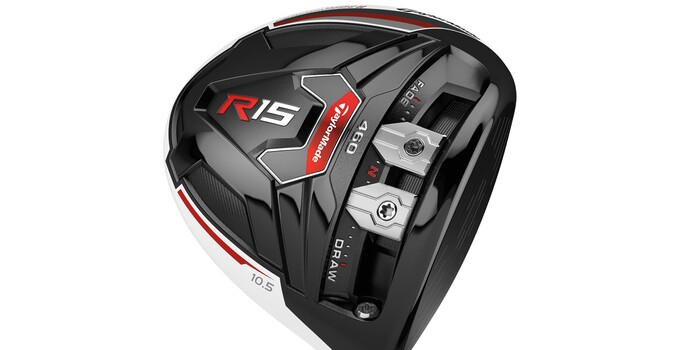 After four years on the shelf, the R series of drivers and fairway woods are back from TaylorMade-adidas Golf.

Last week at an event in New York, the company introduced the R-15, a line that borrows and improves upon technologies in previous iterations of the R line as well recent products like SLDR to build the company's flagship offering.

The company's mantra is on maintaining a center of gravity (CG) that's as low and forward as possible.

The R15 moves the CG 12mm closer to the leading edge of the driver, pushing another 40 grams forward.

That means, unlike its competition, TaylorMade allows its adjustable weights to move side to side, a la the SLDR product, and not front to back to adjust the position of the center of gravity.

The weights move using a feature called Fast Track, which has two, 12.5-gram weights that can moved separately along the track to promote a shot shape, get more forgiveness or add weight at the center of the clubface for additional force at impact.

All told, the company claims the features reduce spin by 100-200 rpm and create a higher launch angle of up to 1 degree.

The club is fully adjustable in terms of loft and lie, using their loft-sleeve to offer 12 settings that can promote a 4-degree range of lofts, as well draw and fade biases.

TaylorMade researchers believe the optimal launch condition is at 17 degrees and with 1700 rpm of spin.

And white is back. What started four years ago with the R11 has come full circle and is an option for the R15, as well a black finish that's more traditional. The standard model features a 460cc head, but a lower-spinning 430cc head model is available.

The R15 fairway woods are the first from TaylorMade to offer a sliding weight system. Unlike the dual-weight system found in the R15 driver, the fairway woods have a single 25-gram weight to move along the Front Track, which doubly acts as a Speed Pocket for increased distance and forgiveness. The clubs are fully adjustable in terms of loft and lie, like the driver.

The rescue club has a 99cc head, smaller than some of its peers, but a smaller profile idea for shot shaping by better players. The club is adjustable in a 3-degree range to fill in gaps in your bag and has a neutral look to be forgiving from a distance perspective, but not encouraging a draw.