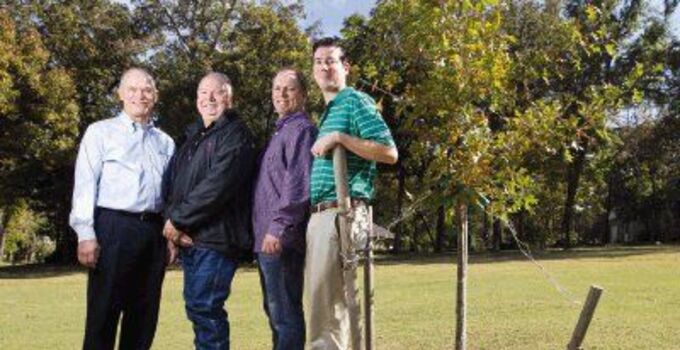 Quenton Estep was a familiar face at The Village Golf Club, just outside of Houston. Estep, who died Oct. 12 at the age of 89, was often at the club playing, organizing games and making friends.

Looking for a way to remember the man known around The Village as "Q," friends and family petitioned the Panorama Village city council for approval to plant a tree in his honor. That request was granted, and the red oak was planted in Estep's honor on the 27-hole facility's 25th hole, of which Estep lived in his home. A large tree once guarded shots on the hole, but had fallen. Friends who planted the tree hope it will grow to provide just as much of a challenge as the one it replaces.

“With (Panorama Village) losing so many trees in the recent past to lightning, wind, hurricanes and most recently drought, we thought this would be a good idea for ‘Q’,” said longtime friend Doug McEntire to The Courier of Montgomery County (TX). “I know a lot of people who admired ‘Q’ and felt the same way I did.”