The art of what once sat over Rock Manor Golf Club 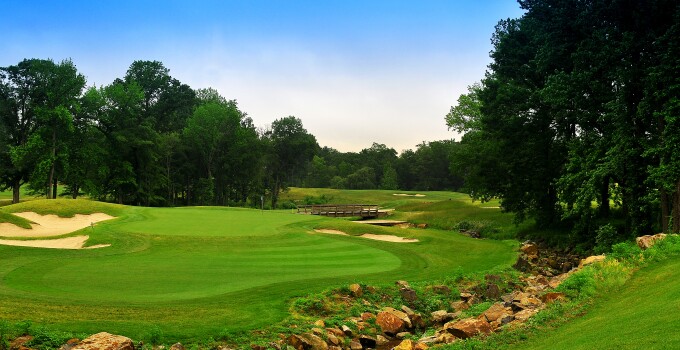 More often than not, the land on which a golf course sits has a story behind it. Sometimes, it was a farm. Sometimes, it has a role in history. The latter is true for Delaware's Rock Creek Golf Club, and art remembering that past was on display this past weekend at an antiques show.

The 51st annual Delaware Antique Show was held at Chase Center on Wilmington's riverfront, drawing in some 62 antiques dealers from up and down the East Coast, with proceeds benefiting the educational programs at Winterthur Museum, Garden & Library.

In James M. Kilvington's booth, he had a $2,800 Robert Shaw painting of the home known as Rock Manor. Overlooking the Delaware capital, Rock Manor was where philanthropist A.I. du Pont lived in the late 1800s and early 1900s as he was building Nemours Pediatric Hospital, according to the News Journal. The house, built by Issac S. Elliott, was on what is now Rock Manor Golf Club.