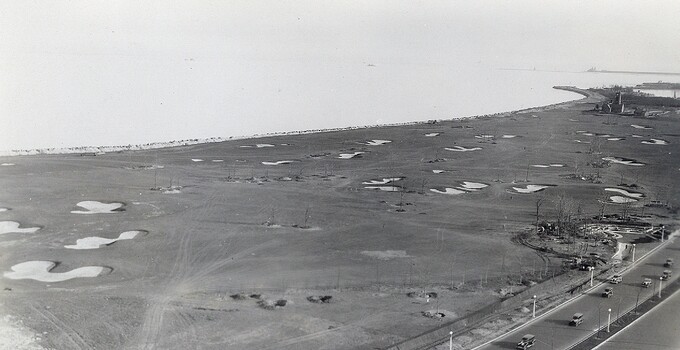 At the height of golf-course construction, it seemed like new courses were popping up out of thin air. One minute, the land was something else, then -- poof! -- a new golf course would appear.

Chicago's Sydney Marovitz Golf Course did appear out of nowhere, but that's because it was created on land that didn't exist before its construction.

In 1929, the city of Chicago reclaimed land from Lake Michigan by trucking in tons of soil and filling an area for over three years. The intent was to build a golf course that would be called Waveland Golf Course. However, funding and cost overruns meant the originally planned 18-hole course opened as a nine-hole track instead. At the cost of $2 million, Waveland Golf Course opened in 1932.

In 1991, the city renamed the course in honor of the former commissioner of the Park District Board.