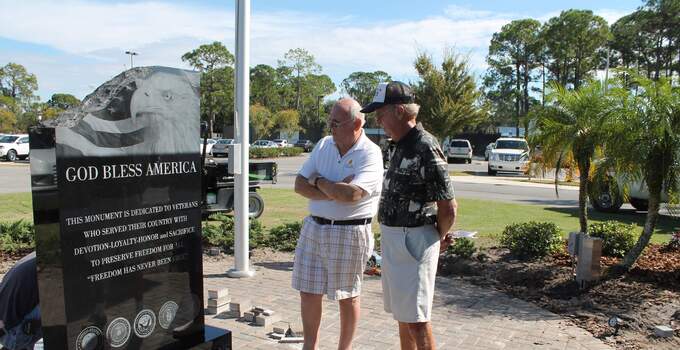 The six-foot tall, four-foot wide, black granite memorial was unveiled at the 2014 Sun ‘N Lake Men’s Golf Association Veteran’s Tournament. A number of members of the community spoke at the 30-minute-long ceremony, including several military veterans, according to Highlands Today.

The memorial has a short, but poignant inscription: “This monument is dedicated to the veterans who served their country with devotion-loyalty-honor and sacrifice to preserve freedom for all. ‘Freedom has never been free.’”

The granite has also been etched with “God Bless America” and the logos of the five branches of the U.S. military. The monument, which is the culmination of a year's worth of planning, cost $12,000 to build.