ColoVista Golf Club has a unique relationship with its community 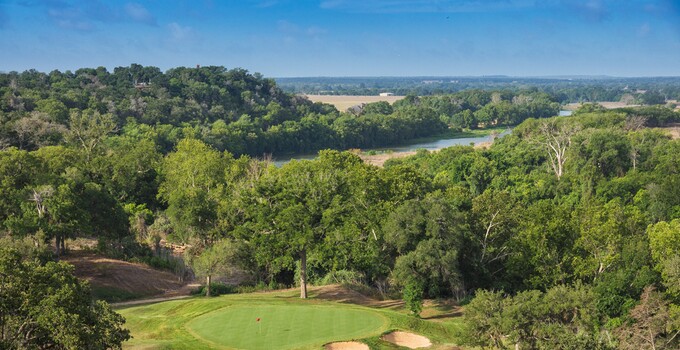 Symbiosis. It's one of those words you learn in high school biology and forget by the end of the school year.

At its most equitable, symbiosis is a relationship where two creatures, people, things rely on each other not just to survive, but thrive.

That's the relationship between Bastrop, Texas, and ColoVista Golf Club.

Three years ago, a massive wildfire damaged some 55,000 acres of land throughout the county. Many acres of the once-private ColoVista were scorched in the incident. In fact, the natural open space a golf course creates was credited with slowing the spread of the fire.

The course paid a heavy price, however, for being in the way. Greens, fairways and trees were all damaged. The property, which had closed its doors in 2009 after being open just 12 years, as it laid would have been an eyesore left untouched. In no way did it resemble what Houston real estate mogul Les Appelt intended when he designed and opened the property in 1997.

Before the fire, the property was in jeopardy of being sold off in chunks and developed into more housing. The ColoVista Property Owners Association (POA) did not believe that was the course’s fate. The association hired a lawyer and took the owners to court. In January 2013, they were awarded the course. They had done the hard work to get the property in their control, but still faced the daunting task of restoring a golf course.

Residents put in plenty of man hours just to get the property to even resemble a golf course. Eight-foot-high weeds had grown in the fairways. Those who had tractors did their best to mow down the brush. The POA soon realized it needed help.

After a short bidding process, Billy Casper Golf was hired to fulfill a promise made. Within four months of taking over management, ColoVista Golf Club opened again on July 12, 2013.

Admittedly, the re-opening was premature given the condition of the course, but for good reason.

"We thought it was important to reopen to give the community a sense of hope and progress," said Aaron Czajka, regional director of operations for Billy Casper Golf.

For the 125 property owners in the the ColoVista development and the 7,000 people in Bastrop, it was a step toward being made whole again. For the golf course, it was the beginning in the road back to some semblance of what had been.

The curious and the undeterred made their way to ColoVista in those first months to tee it up at an in-progress piece of art. Many people were pleased with the progress, but it wasn't enough for them to come back until the course had come further. The consensus opinion from customers: Call us when you're ready.

A year later, the course has come a long way. It's ready.

Course staff have taken a slow-but-steadfast approach to restoring the property. Without millions to spend on resodding the entire property, the agronomy team has been nursing the originally planted Bermuda grass back to health. The team has been combating weeds and invasive plants in the fairways with herbicide. The greens have been replanted with Champion Bermuda sprigs.

The on-property mansion, which sustained significant damage in the fire, is being renovated. The club's swimming pool is set to reopen in time. The property will never be what it once was, but it's not meant to be. It's a new dawn for ColoVista, now a different but equal source of community pride.

ColoVista is sending out the signal near and far that it is ready to welcome guests with open arms.

On Thursdays in July, ColoVista was the place to be for a community jamboree. Live music in the mansion beckons anyone within the sound of a guitar while the smell of hot dogs and hamburgers on the grill outside reaches even further. The series was such a success, the club is planning when to start it up again.

The property also has 16 cottages with 31 rooms that are an excellent, rustic retreat for the hustle and bustle of Austin, San Antonio and Dallas. Stay, play and be a part of the rebirth of a golf course and a community.

It's an appealing and unique proposition, with several of ColoVista's hole once ranked in the top five in Texas. The par-5 seventh hole features a beach bunker, with the guarding water hazard washing barely onto the sand. The par-3 15th features a 150-foot elevation change from tee to green with vistas of the Colorado River. The beauty of central Texas abounds in every direction.

What fire can destroy in a moment can only be rebuilt with time and persistence. ColoVista Golf Club is an ongoing example of what patience and vision can become. It's not done, but it's not done. And that resurrection has been emblematic of a community now not only back on its feet, but standing tall.