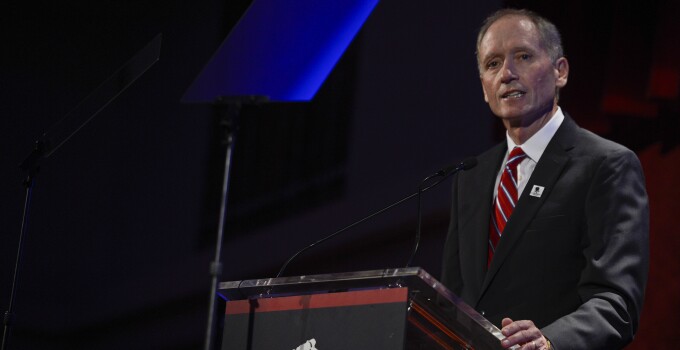 The numbers go something like this: Since 2011 nearly 40,000 golfers and Wounded Warriors have teed it up at 120-plus courses in 29 states and raised more than $2 million.

Recently, WWP presented the prestigious Talkhouse Award for Community Service to Billy Casper Golf Chairman and CEO Peter Hill. The award was in recognition of his brainchild, the WLGO, the simultaneous golf outing played coast to coast benefitting WWP.

"Our Billy Casper Golf team has embraced the values of patriotism and compassion to help advance the Wounded Warrior Project mission to honor and empower Wounded Warriors," says Hill. "While I'm deeply honored to receive this award, the real heroes are our armed forces and the thousands of golfers who play in the largest single-day golf fundraiser to benefit WWP."

This year’s event is set for Monday, August 3 and will be played at more than 130 courses managed by BCG, Troon, ClubCorp and Toll Golf. The World’s Largest Golf Course owners and operates are joining forces to make that Monday the biggest celebration of golf and charity.

Please check out the video below on the Talkhouse Award. To learn more about the WLGO and to register to play visit worldslargestgolfouting.com