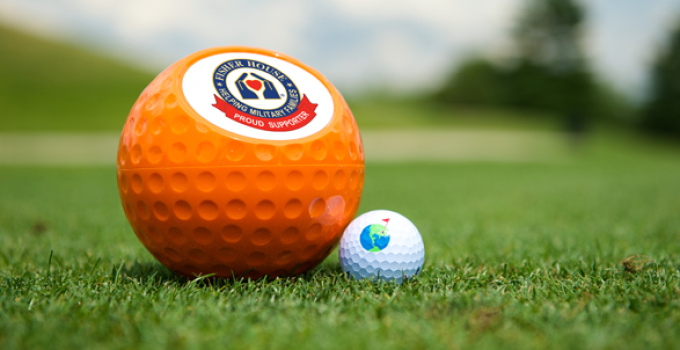 The World’s Largest Golf Outing has set Monday, August 1 for the sixth edition of the record-breaking fundraiser considered the biggest one-day celebration of golf and charity.

Open to golfers of all skill levels, the simultaneous golf outing is projected to be played at more than 175 courses across America, including many managed by Billy Casper Golf, Troon and Toll Golf.  Additional facilities are signing up to welcome men, women, juniors and seniors eager to tee it up and make a difference.

To further its mission of giving back through golf, the World’s Largest Golf Outing has partnered with Fisher House Foundation for 2016.  Offering a "home away from home," the international organization provides free, temporary lodging for families to be close to loved ones receiving medical care at major military and VA medical centers.  Since its inception 26 years ago, Fisher House Foundation has saved families an estimated $320 million in out-of-pocket expenses for housing and transportation.

“Fisher House Foundation is proud to partner with the World’s Largest Golf Outing,” says Ken Fisher, Chairman and CEO of Fisher House Foundation.  “The ability to provide sanctuary for 935 families every night in 70 homes across America would be impossible without the generosity of this grateful nation.”

Some military families will play in the World’s Largest Golf Outing.  Golfers and non-golfers are encouraged to raise additional funds with donations made at www.worldslargestgolfouting.com.

“The World’s Largest Golf Outing has developed into a national movement of golfing for good,” says Peter Hill, Chairman and CEO of Billy Casper Golf, which founded the event in 2011.  “It is remarkable to see what golfers can accomplish when they convene for a day of competition, camaraderie and charity.”

All golfers are entered into a drawing to win a grand-prize; additional prizes can be earned by teams with the highest contribution levels and best scores of the day.

Fisher House Foundation is known for its network of comfort homes where military and Veterans’ families can stay at no cost while a loved one is receiving treatment.  These homes are located at major military and VA medical centers nationwide, and in Europe, close to the medical center or hospital it serves. Fisher Houses have up to 21 suites, with private bedrooms and baths; families share a common kitchen, laundry facilities, a warm dining room and an inviting living room.

Fisher House Foundation operates the Hero Miles program that uses donated frequent flyer miles to bring family members to the bedside of injured service members, as well as the Hotels for Heroes program that uses donated hotel points to allow family members to stay at hotels near medical centers without charge.  The Foundation also manages a grant program that supports other military charities and scholarship funds for military children, spouses and children of fallen and disabled veterans.