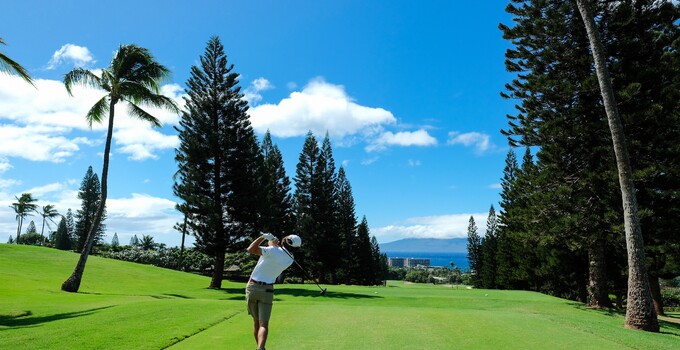 Ka’anapali Golf Courses – managed by Billy Casper Golf – will host 21 men’s golf teams from across the U.S. in the 5th annual Ka’anapali Classic - Collegiate Invitational, November 1-4 on the Royal Course.

Clemson is back in the field this year and took the team title in 2016, finishing one stroke ahead of Georgia, when then-freshman Doc Redman fired a 64 (-7) in the final round to catapult the win. Redman will not be headed to Ka’anapali after turning pro in May, but teammate Bryson Nimmer is currently ranked 36th in the nation by the World Amateur Golf Ranking and should be in the hunt next week at Ka’anapali. Also back for revenge is Collin Morikawa (ranked 2nd in the nation), after losing his lead in the final round to teammate K.K. Limbhasut (2017 champion) and South Carolina’s Scott Stevens (2017 runner up).  All three will compete in this year’s event.

University of Hawaii - Manoa Coach (host team), Ronn Miyashiro states, “We are very excited for this year’s event - to date this may be our strongest field, in a tournament that historically has already been strong.” Miyashiro adds, “We have a number of highly ranked teams which include 2017 National Champion and currently 10th ranked University of Oklahoma, Clemson (9th), Georgia (19th), California (26th) North Florida (27th), South Carolina (33rd), Kansas (36th), and West Virginia (39th).  We also have some highly ranked (World Amateur Golf Ranking) Individual players in the field as well.”

As for Miyashiro’s UH Team, “We look forward for the return of Justin & Justin (Arcano & Ngan) to their home island of Maui and hope they can parley there local knowledge of Ka’anapali into a great tournament.  Both are playing good golf so far this season and it would be great for them to finish off the fall semester with a good performance at Ka’anapali.”

“We are to honored to host this annual event at Ka’anapali,” says Sutee Nitakorn, PGA Director of Golf at Ka’anapali Golf Courses. “There are many returning teams like Georgia and South Carolina which both have had their sights on a team first place in years past, as well as the return of Clemson and Northern Florida who were not in attendance last year and will bring some tough competition.”  Nitakorn adds, “Ka’anapali always proves to be a competitive layout and quite often it comes down to the final hole - it makes it all the more exciting for both the players and spectators.”

Walking spectators are welcome to watch the tournament daily on the Royal Ka’anapali Course. The official practice round on Thursday November 1st begins at 12:30pm (shotgun), with the tournament rounds Friday – Sunday, November 2-4, beginning at 8:30am (shotgun start).